Get fresh music recommendations delivered to your inbox every Friday.
We've updated our Terms of Use. You can review the changes here.

Sleep In Your Honour 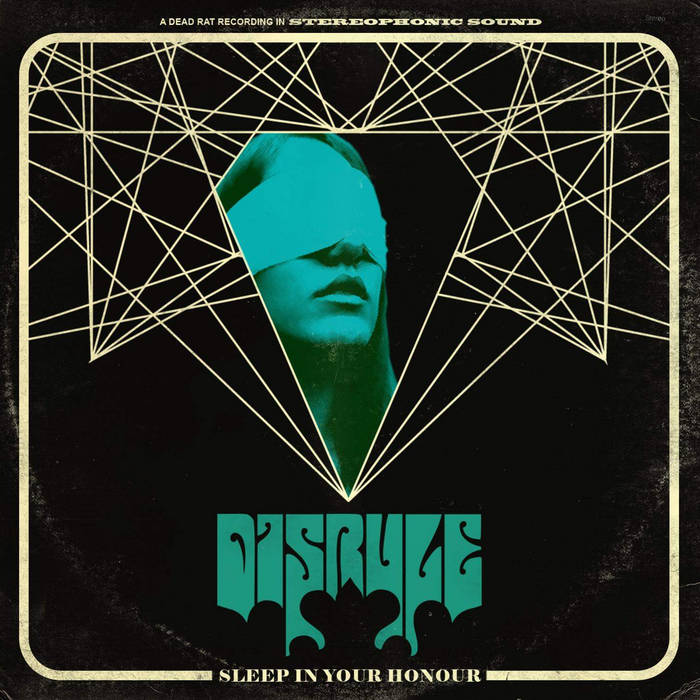 Fuzzrious Fan I really liked the vocals and the way the instrumental is played, the perfect way to balance the riffs and heavy sound! Awesome band! Fuzz Fuzz Favorite track: Death On My Mind.

Chosen as one of the best albums of November 2018 by Doom Charts!
“Disrule is a swaggering swaying and swinging two tons of rock and roll fuzz punch machine. They’re not afraid to drag you through the mud while they’re at it. Excellent song writing.”
doomcharts.com/2018/12/04/doom-chart-november-2018/

“Of the many stoner 70s rock I’ve heard this year, Sleep In Your Honour is amongst the best.”
- Musipedia Of Metal
musipediaofmetal.blogspot.com/2018/11/reviews-hatesphere-ace-frehley-disrule_2.html?m=1

“Disrule deliver riffs with more fat than Danish bacon” on sophomore ‘Sleep In Your Honour’”
- The Sludgelord
thesludgelord.blogspot.com/2018/11/album-premire-disrule-deliver-riffs.html?m=1

“Sleep in Your Honour is a superbly entertaining and well-made album that will have you on the edge of your seat.”
- Outlaws Of The Sun
outlawsofthesun.blogspot.com/2018/11/disrule-sleep-in-your-honour-album.html?m=1

"Disrule plays heavy, groovy seventies stoner rock and puts each of their songs into hefty, not too lengthy packages. There is the necessary repeating of the riffs, but plenty of tempo changes keep everything interesting and exciting. Lovers of doom will have no problems playing this record either. 'Occult Razor', for instance, not only has a delicious and dark riff as its core, but the frightened vocals make the entire song feel alarmingly gloomy."
- Lords of Metal
www.lordsofmetal.nl/en/reviews/view/id/37995?fbclid=IwAR0NyvKeHhD5i_bSVChIsuB68HxA6O5x6ny0khCS6_bjdvXsCZ46OZeM3Ac

"I don’t think I’ve heard such filthy dirty riffs since Geezer Butler’s fuzz balled bass intro on the opening bars of NIB set the standard which so many bands have attempted to recapture ever since. Denmark’s Disrule’s sophomore release which follows their 2016 debut Omen Possessor certainly worship at the Sabbath altar, but throw in the heavy stoner influences of Clutch, Kyuss, Fu Manchu and Orange Goblin to name but four. This isn't your normal desert biker rock though, as the band utilise two vocalists to provide contrast."
- Musipedia Of Metal
musipediaofmetal.blogspot.com/2018/11/reviews-hatesphere-ace-frehley-disrule_2.html?fbclid=IwAR1T7E_-WKzrPO6IMgzTf4l3AGtSw8GX94ecihHYGITYvPd_Mco1VVWrBXo

"..it sounds like a band on stage both in its captured rawness and in the energy of the delivery..."
- The Obelisk
theobelisk.net/obelisk/2018/10/18/disrule-sleep-in-your-honour-release-premiere/

Formed in the cold and dark wastes of Denmark in late 2014, Disrule have been crafting heavy, fuzz ridden Stoner Rock with elements of Doom and hints of 70’s rock splashed in for good measure. They boil their music down to its basic ingredients – short tracks packed with riffs, rhythmic resources, and boasting two lead singers. ... more

Bandcamp Daily  your guide to the world of Bandcamp

Semiratruth joins the show to discuss their latest release, "loading..".